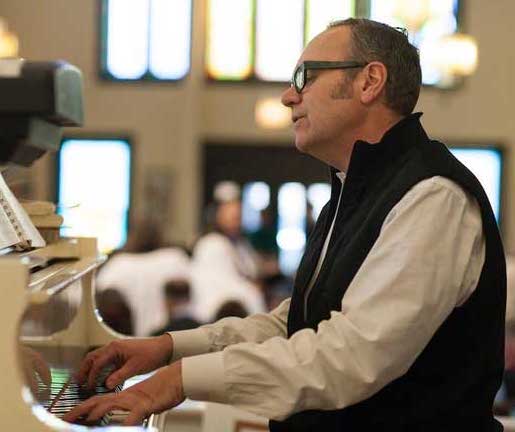 Colin is a relative newcomer to All Saints’, beginning his ministry with the church in 2017, and he is new to the Episcopal tradition. Colin is not new, however, to Music Ministry having served as either organist, choir master or both since he was in his teens.  Colin is a native Canadian and moved to the United States in the early 1990’s to pursue graduate studies in Liturgical Theology.  Colin holds a Master of Divinity from Catholic Theological Union in Chicago with a major in Word and Worship, and is currently a Doctoral Candidate in Liturgy, with the same institution.

As a choral conductor, Colin is passionate about inspiring both the choir and congregation to always put their whole hearts into making a joyful noise unto the Lord.

As the title of one of our hymnals suggests, Colin’s mission is to, “Lift Every Voice and Sing.”